It is extremely important for those who own industrial facilities to prioritise air conditioning maintenance. Read on to find out why.

If the owner of an industrial facility does not arrange for routine maintenance to be performed on their air conditioning system, the system could break down. If this should happen, the temperatures in the facility could become very high.

When people have to work in a very warm environment, they usually end up sweating profusely. In addition to being very uncomfortable, this excessive perspiration could also result in employees becoming dangerously dehydrated.

The risk of dehydration is particularly high for individuals who need to carry out physically demanding tasks, or who have to work in an area of the facility in which drinking fluids of any kind is not permitted for safety reasons (for example, drinking around toxic chemicals or electrical equipment can be hazardous, as it could potentially result in accidental poisoning or electrocution, respectively).

If a person becomes extremely dehydrated, two serious problems could arise; firstly, their capacity to perform their work safely may be compromised, as even mild dehydration can affect a person's ability to concentrate and increase their risk of fainting or becoming dizzy.

These symptoms could result in the affected person making a serious error when using powerful equipment (such as a welding machine, for example), that could lead to them or their co-workers sustaining injuries.

Furthermore, if this person does not recognise the symptoms of dehydration and does not, therefore, seek medical treatment, they could become seriously ill. Severe dehydration can cause low blood pressure, seizures and in extreme cases, heart failure.

Most industrial air conditioning units contain filtration systems, which capture dust mites, pathogens and allergens from the air as it is pulled into the unit, before releasing cooled, filtered air back out into the facility.

If an industrial air conditioning system is not properly maintained and as a result of this, its filtration system starts to malfunction, the above-mentioned allergens and pathogens will remain in the air inside the facility.

If employees inhale airborne dust mites and pathogens, they could develop respiratory problems or be at greater risk of developing illnesses such as colds and infections.

As such, for the sake of their employees' health, it is crucial for owners of industrial facilities to ensure that their air conditioning systems are well-maintained. 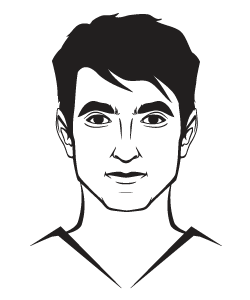 Gaining a good understanding of industrial supplies can really help a man to get ahead. I'm Jo and while I do not work directly in the industrial equipment or supply business, I have learnt a lot from my brother who works in a large factory in Sydney. I would often spend weekends down there watching the guys at work. Now and again, my brother would ask me to help him out so we could try and find a good deal on a new piece of kit. I did it, and I learnt a lot while I did it. I hope you like my blog.